For those not familiar, a ProZ.com powwow is an informal, local get-together of language professionals. Any ProZ.com member can propose and organize a powwow in their area. Since 2001, thousands of powwows have been held around the world, in 110 countries.

So far, 454 powwows have been held in 63 cities in the UK, with 3,748 attendees total. At least 50 of those powwows have been organized by Victoria Burns and Alexandra Chapman. This May 5th, Alexandra and Victoria are celebrating 10 years of powwows in Cardiff by holding — you guessed it — another powwow!

I asked Alexandra and Victoria to talk a bit about how the Cardiff powwows got started, what the experience has been like, and what benefits they have been able to see from coming together in person with colleagues. Here is what they had to say:

Celebrating ten years of powwows in Cardiff is a great opportunity to reflect on how far we’ve come. Vicky and I met at the first Cardiff powwow, which came about as a result of Cardiff-based translators Vicky and Trinidad Clares meeting at an earlier powwow in nearby Bristol, back in May 2008 and immediately hit it off. We had both started translating the previous year, Vicky full time after deciding to finally bite the bullet and leave her job in export sales and me more gradually as my daughter started playschool. We had both studied languages at school and university, shared a love of travelling and hoped that a powwow would offer social opportunities to enhance our more solitary professional lives. It did that and more!

To date we’ve organised over 50 powwows between us with other local translators organising at least another 50 in that time. We’ve had attendees from all over the world with a wide variety of language combinations and we’ve heard about powwows in other countries where minutes are taken or talks are given. Ours are more informal, usually a meal or drinks in a city centre bar or restaurant where we chat about current projects, share tips on translation issues and plan our next social gathering. We’ve grown into a group of fifteen or twenty regulars of many different nationalities and we’re joined by new people almost every time we meet, usually on the first Saturday of the month. There’s been a Christmas powwow every year and often a summer picnic. We’ve celebrated birthdays, weddings and baby showers, with more and more children joining the scene, not to mention Vicky’s dog Alfie. Recently, we even arranged a Mother’s Day powwow and brought our mums along! That’s something we may now find we have to make an annual event…. 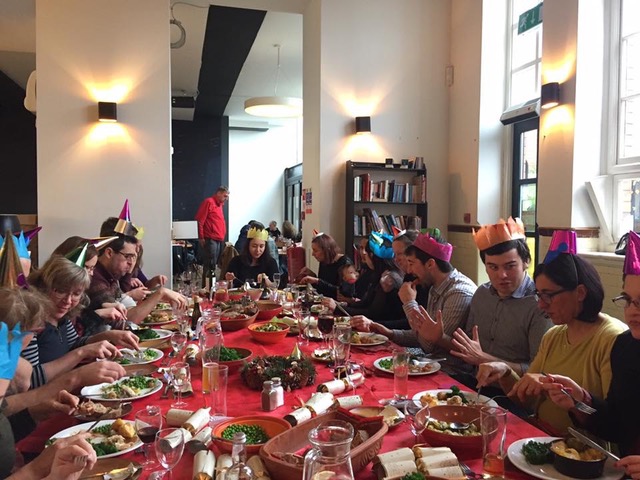 We travel further afield together too, organising a bunkhouse weekend and camping on the Gower Peninsula and attending translation conferences in Berlin (ELIA), Brescia (MET) and Vienna (BP18). Regular powwow attendee Juliet Haydock owns a house in Capena, near Rome, and that’s become a regular destination for some sunshine and co-working.

Perhaps the greatest outcome of the Cardiff powwows has been the foundation of ITI Cymru Wales, the Welsh network of the Institution of Translation and Interpreting (ITI), the UK’s professional association for practising translators and interpreters. Although founders Trinidad Clares and Elvana Moore initially met at a powwow in nearby Bristol, it was the Cardiff powwows that formed the recruitment ground for at least 28 of the current membership of 40, of which 15 to date (including Vicky and me) have taken the prestigious MITI assessment to become qualified members of the organisation. Its aims are to promote the highest standards within the profession by supporting on-going career development for language professionals and to represent the sector at the very highest level. When the ITI Conference was held in Cardiff in 2017, our members, who had met through the Cardiff powwows, played key roles in welcoming delegates to the city and organising fringe events alongside the informative talks.

Under this same banner, the Cardiff co-working sessions have become a weekly fixture, thanks to the organisational efforts of local boy Lloyd Bingham. We bring our laptops to a central café and work alongside each other, building ever-greater potential for professional collaboration. As several of us translate from German, another regular Andrew Godfrey recently initiated a Peer Review Group, where we all translate a text and then meet to discuss the relative merits of our different versions. It’s rather like a translation slam and is a great way to pick up new ideas for those ‘untranslatable’ expressions. We pick up new clients from powwow contacts too, stepping in when someone is on holiday and likewise passing on work in return, as I did when I was on maternity leave. This close collaboration is possible not only because of the trust brought about by friendship but also because of our mutual professional respect. As a group, we take the opportunity to learn from one another, rather than considering other translators to be competitors, and this mutual inspiration and support brings out the best in us all. 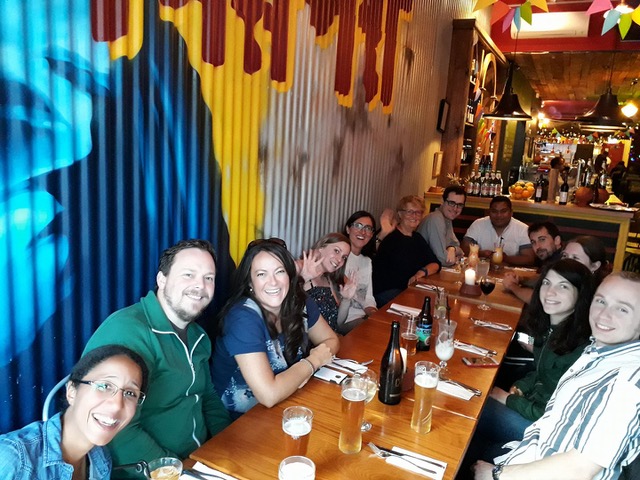 We’ve come a long way since that first Cardiff powwow, and have plenty of exciting things in the pipeline for this year, including our 10th anniversary powwow in May, to which everyone who has attended a Cardiff powwow over the past 10 years has been invited, the seemingly now-annual summer picnic, another bunkhouse powwow and potentially a Cardiff translators’ ski trip next winter – our first ‘international’ powwow!

The on-going benefits are clear to see and they play a crucial role in our success as translators. What started as a simple lunch is now a fully-fledged network of high-calibre professionals even greater than the sum of its parts. If you’ve tended to shy away from networking, maybe it’s time to give it a try. And if there’s nothing in your area, setting something up is straightforward using either the ProZ.com powwow system or another social media channel. Meeting for lunch might just be the best thing you ever did for your career!

Well, there you have it! Congratulations to Victoria and Alexandra, to all the language professionals who have contributed to making these get-togethers a success, and have an excellent anniversary powwow!

If you are wondering whether there are extraordinary colleagues like these in your area, chances are there are– it’s simply a question of getting the ball rolling, and good things can happen.