Meet Nicholas Rose – a chemical engineer by education, former freelance translator, and current Translation Manager with Datawords’ branch in Paris. Nicholas will be presenting on the topic “Optimize your collaboration with a translation agency” at the upcoming conference in Biarritz, France, which will kick off next Friday, September 27.

MK: What was the most important obstacle for you to overcome in building your career as a language professional?

NR: One might expect the answer to be lack of qualifications. (I have a degree in chemical engineering and only o-levels in languages.) But in fact this has not been the case, though I think it would be a barrier for entry into certain lucrative sectors, such as working for the EU. I have come across no real barrier since becoming a salaried translator but when I was freelance, my biggest problem by far was payment. I spent as much time on chasing payments as in carrying out the work. The culprits were generally smallish companies, but well known – and supposedly of good repute – in  their sectors and therefore not in any financial difficulties. Just accountants “trying to be clever”…

MK: What is the greatest issue facing translators working in France or with the French language?

A Portuguese colleague in a previous (non-translation) job dryly summed up working in France: “Why make things complicated when you can make them… very complicated?”

More seriously, a few years ago I would have replied without hesitation: the URSSAF? But my main dealings with that body were in 1994 and 1999 and already, in those five years, the improvement was considerable, so maybe things run smoothly today for freelancers. However, a problem that persists with the URSSAF, as with French institutions in general, is their tunnel vision in thinking that other countries’ administrations are mirror-images of their own. You come across this everywhere, from the five-box postcode spaces on preformatted envelopes to requests for SIRET numbers and APE codes in official information requests concerning foreign countries. The consequences for us as an agency, in concrete terms, have been the imposition of hefty fines for “not having made sufficiently exhaustive checks” on freelance translators who were cheating the system (living in France but declaring themselves resident in Germany to avoid charges). Worse than the fines has been the setting up of such checking procedures, in which the URSSAF provides no assistance whatsoever but just expects those wonderful “justificatifs” à la française. Apart from the endless hours lost in trying to identify equivalents in various countries, this has even cost us some translators.

NR: In general, the translation business is pretty civilized, suffering only from a general ignorance on the part of the clientele about what translation involves, and thus unrealistic expectation in terms of price and delivery. I encountered far more horror stories in my other life as an engineer. One event did strike me, though. I was working late one evening trying to clear up a few jobs, when a stressed project manager rang me with a translation “request” from a (household-name)  client, just received (at 8 p.m.): an hour’s work, for delivery that same evening or the client would stop working with us!

MK: What is your prediction for the future of human translation?

NR: In certain fields, those where people appreciate the work involved and are prepared to pay, I believe human translation has a solid future. Neither global languages (with the possible exception of simplified English in restricted high-technology/high-risk sectors) nor machine translations will pose a serious threat, because neither will live up to expectations. However, in fields where people want price at a price (industry, instructions for use, downmarket catalogues and brochures, etc.) human translators might be squeezed out as rates become downright offensive and the quality of machine translations improves to become tolerable to those for whom money counts more than image or quality.

MK: At the upcoming conference in Biarritz, France, you will be presenting on the topic of “Optimize your collaboration with a translation agency.” What can attendees to this session expect to learn?

Benefit from presentations like Nicholas’ at the upcoming conference in Biarritz, France, which will take place on September 27 and 28.

The list of speakers for this event can be found here: http://www.proz.com/conference/449?page=speakers

You can register for this event from the main conference page: http://www.proz.com/conference/449 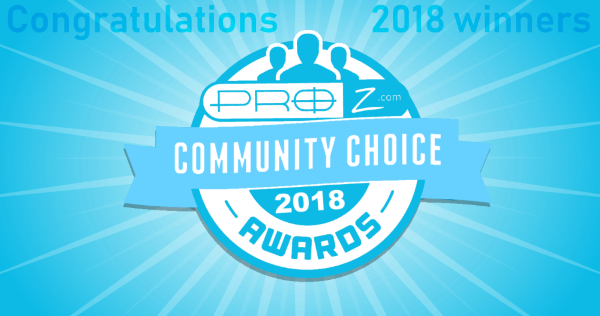